Lazy leaders are bad leaders, and one of their marks is a lack of concern about improving.

Great leaders are growing leaders. They know that if they don’t get better, the team cannot continue to grow.

In all areas of life, you are either growing or you are dying, and this fact is multiplied when you are in leadership.

It has been said that one of the best ways to grow is to ask other leaders questions. That’s something that sounds great—but let’s face it, it’s pretty mediocre advice.

Why? Because the only leaders who you would want to ask questions are people who know what they’re doing and have the results to prove it.

Of course, anybody can come up with a good piece of advice from time-to-time, but the trouble is that they color it with their own filters. Those filters have led them to fail and you want no part of that.

There is a fine line between mediocrity and greatness, and it is exactly the same with advice on leadership.

There is a fine line between mediocrity and greatness, and it is exactly the same with advice on leadership. Click To Tweet

There are plenty of writers on leadership that will give you endless lists of leadership questions—15, 20, 25, 30, 40 questions to ask other leaders.

Give me a break. Who is going to do that? No one.

I recently received an interview request from a magazine, and they listed forty questions they were going to ask. I wrote back and said, “well I hope we have a 20-hour interview planned because it would take at least that long to answer this list.”

If I was going to do it, here are the questions I would cover.

Here are some of the first leadership questions I’d want to ask another leader, because I know if I get the answers to these questions I’ll probably pick up something very valuable that I can use right off the bat. I’ll list the questions now and then provide some of my own answers after.

When I start every year, the one thing I challenge myself is to make sure that I am thinking big enough for my team.

When the year is over, the one thing I want to make sure is that I thought big enough. I never want to be the one that holds back the performance of the team simply because of my lack of faith in either their ability or what God has planned for them this year.

I always have it in my mind that if I got to Heaven after having a year where we doubled production that the one thing I would not want to hear from the Almighty is, “That’s great, Larry. But I had planned for your team to explode five times bigger this year, but you held them back because of your lack of faith in me and them.”

What Numbers to Track?

That is why it’s absolutely critical for you to decide on, and for you to stay focused on, what the most important metric is.

The way to do that is to make your best guess. And if you monitor that number, or group of numbers, and they grow but your business doesn’t grow, you need to adjust what you are measuring. You need to put a new number in your bullseye because you are obviously focusing on the wrong thing.

When Sandy Weill was on his 10-year march from being the head of only Commercial Credit to merging, acquiring, building, and eventually creating Citigroup and driving it to the number one company in the world, he would have someone bring him and whisper in his ear the stock price of the company every 15 minutes when the stock exchange was open. And also the stock price of his nearest competitor.

He never wanted to be distracted long from the number one thing—which to him, in that situation, was the stock price. Sandy knew everything boiled down to how the stock was doing at that moment. He knew that they not only needed to be doing well but also the perception of how they were doing needed to be strong on the streets.

I always try to narrow it down to one main number with two or three supporting, critical categories right behind it.

It’s like a team—there will always be one star, and if it’s a championship team, two or three really valuable supporting players.

I heard a long time ago that most revolutions are won with two or three people at the core running things—same in business or any kind of organization.

There will be a small core of numbers that drive all of the growth and success. This is something great teams all have in common. It’s the job of the leader to find out what those are and to not get sidetracked and try to manage everything all at once.

In other words, take the Pareto Principle and double it. 20% of the activity will create 80% of the results.

But of that valuable 20%, 20% of that 20% will drive everything else. That 4% is your center of gravity for your team and your organization and that is where your attention needs to be focused—the 4% that drives all growth. 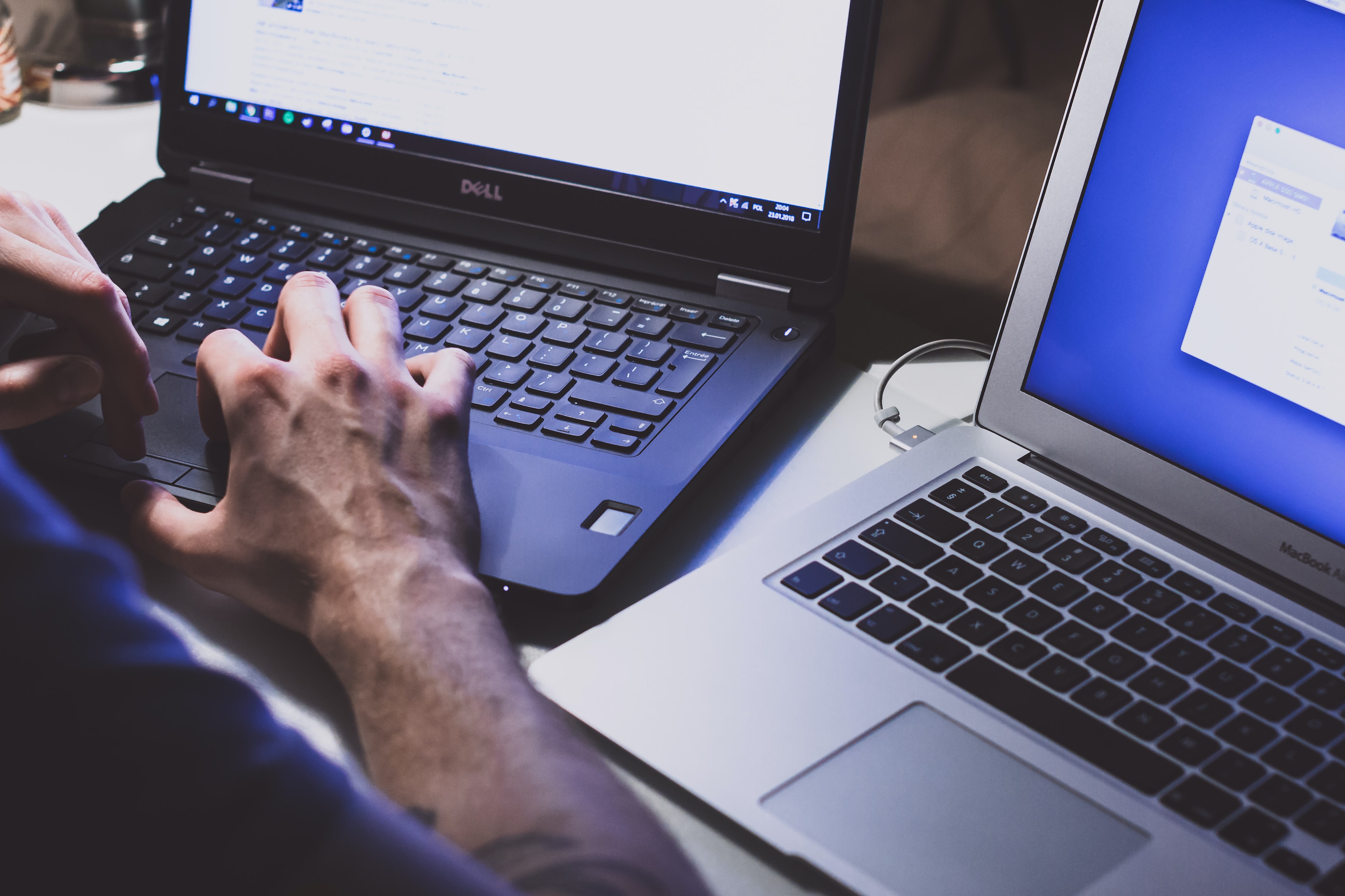 The easiest thing for any of us is to get distracted. And so for me, I want to know the numbers as much as possible right up to the minute.

Unfortunately, if you have a big organization that is spread out, that may not be possible. Luckily, computers provide a central system for all traffic and results. They make it possible for you to hit a button and actually know where you stand.

You don’t want to be calling your people and interrupting them asking what the numbers are all the time. But it is great to have a face-to-face, eyeball-to-eyeball interaction at least once a week because that way you have accountability, peer pressure, and the ability to give them any necessary feedback in person.

Most of the time your people will be doing well and all they need is a pat on the back and encouragement because invariably they will feel like they aren’t doing enough. And it’s incredibly encouraging for the leader to acknowledge the work they’re doing and offer some personal encouragement to just stay on track.

Always tie recognition to the kind of company you have, your industry, and the level of your team member.

It can be, and of course should start with, compensation, but there are a lot of extra things you can do there with bonuses and recognition.

It’s great to have recognition times monthly, quarterly, annually, where at special events you rendezvous crowds together and pass out the recognition in a large group setting. This is a great time to invite the partners to come and participate and share in the joy and adulation.

These plaques or awards don’t have to be expensive but they have to have meaning. Remember, Napoleon said a lot of wars have been won with a few ribbons. So never underestimate the power of various kinds of recognition.

What makes recognition powerful is that some people get it and others don’t.

It’s especially powerful when people know that there is going to be another meeting come up in the future where they can get that recognition if they missed it this time. That’s something that helps create and maintain great momentum in your organization.

I remember I had another million dollar earner in our company that I knew was extremely jealous of getting any kind of award, button, plaque, ribbon, mention that anyone else got.

So what I used to do to torment him is, every time we had a convention, I would go to the gift shop and buy some kind of button and put it on my shirt and wear it around. I knew full well that when I saw him, it would drive him nuts and he’d demand to know how I got that button.

I’d always tell him very innocently that I had no idea but when I checked into my room, the president of the company had sent me a special note, congratulating me on the work I’d been doing and included this button as a special token of appreciation. And that would always drive him nuts.

I hope he’s reading this. His name is Ronnie Barnes from Chattanooga, Tennesee. He never caught on, but I always remember that as an example of the power of buttons, ribbons, and recognition of every kind.

Non-performance can be ranked under two things—it can either be that you have the wrong person in the wrong slot and adjustment needs to be made, or it could be that they simply need some fresh ideas.

So the key is to ask them and offer to help. If they don’t take you up on your offer and a month goes by with no change in performance, now’s the time to think about making a change because they not only are failing to perform, they’re failing to accept help so they can change.

Do you know what that’s telling you? They never intend to change, and they’re happy with where they are.

They may be happy but you certainly won’t be, and they are dragging the team down. So, most of the time, they just need a fresh idea, some fresh encouragement, and a fresh start.

But the one thing you cannot do is let them drift along forever because, when they do that, they drag the team down. Everybody who is underperforming is like dead weight to your organization. Your organization cannot be great with a lot of dead weight. It’s your job to make your organization great. The easiest way to do this is to spot the winners early on, and deal with the non-performers accordingly.

What To Do with Time

As much of my time as possible, I try to focus on those things that only I can do.

Just like a surgeon, I’m not going to be productive if I’m doing the jobs nurses can do.

So whether I’m the president, the CEO, or any other leader, my team needs me to be focusing the bulk of my time on the things that only I can do.

The second thing is that, assuming you know your important numbers, you are monitoring those numbers closely. You have to know where everyone is and how they are doing. I found that the most productive use of my time is to spend at least 80% of it finding new ways to challenge, motivate, and inspire the team.

The steps of management are the team’s greatest fertilizer, but it’s also true that the attention of management is equally important.

I don’t actually have to be there in person if I’m there through phone calls, texts, or emails.

The main thing is that they know I am watching, I’m approving, I’m appreciating, and I am with them. To me, that gives the signal that what they’re doing is important and that they matter to the mission and to the success of the team.

Are there any leadership questions you would ask other successful leaders that I missed? Let me know in the comments section below.

What helps you stay in your go go go mindset? What do leaders do to keep their fire throughout the ups and downs of the business